Bouncing Breasts as a Turn Off 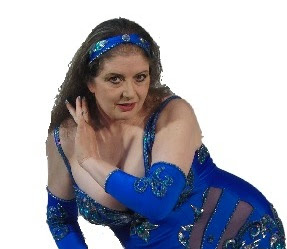 All mammals have them. In many adult human females they are quite noticeable. So why are they ignored when it comes to physical exercise? Yes, yes, I know about sports bras – but honestly they are of limited use. In the short time I played soccer only binding with crepe bandages was really effective.

Two incidents have had me thinking about breasts again. One was a presentation I attended on introducing exercise to the community. One (male) presenter was extolling the virtues of jogging (as opposed to running or fast walking which causes a lot of leverage on the joints). Jogging was great. The feet stayed under the bulk of the body weight. The heart rate was raised because the body is lifted and moved slightly forward very rapidly.

Mmm, I thought, bouncing up and down for 30 minutes – do they really think this is going to take off with the under-exercised and over-weight in the community. Especially women? Even with a good bra, as an E-cup, I avoid anything that is going to lift and drop my torso for even a few minutes – let alone thirty.

I waited for someone to object. The only query was on the effect of jogging on the joints which let to a complex discussion on how fast walking can be more detrimental. Oddly enough most of the audience was female – but of the light lean variety. I am still unsure if the silence was due to a complete obliviousness to the issue or whether no-one wanted to mention “breasts”. However, as two of the other presentations by women were also the jump round turn around variety I suspect many in the industry have never lived with the reality of female breasts and vigorous exercise.

So maybe belly dance is the answer. If you avoid some folk styles such as sa`iidi and debke there isn’t a lot joggling up and down. Yet breast blindness appeared again recently on an internet forum.

The subject was shoulder shimmies. There are many ways to create a shoulder shimmy but the two main mechanisms is to articulate the shoulders back and forward very quickly or to twist the torso as a unit. (You can do a mix and you can also change how high the torso twists.) Personally I refer to the former as “shoulder shimmies” and the latter as “torso or bust shimmies”. The latter is more common in folk styles. The former is most often seen in Orientale.

The issue was many larger busted women found the bust shimmy uncomfortable, ugly, and made them feel self conscious. However a number of the other dancers and even teachers could not understand this. There was discussion on using well constructed bras and improving isolation – both valid comments – but few would be willing to change the technique to an (articulated) shoulder shimmy.

My point? When leading exercise for a group that includes women who are not (for what ever reason) washboard ribbed, consider the effect of the movement on the women’s body. Making your clients uncomfortable and unhappy is not going to encourage them to come back.
Posted by Kashmir at 2:36 PM 2 comments: